In THE MAKING PRACTICE, Hanien Conradie reveals her ongoing practice concerning place and belonging through making.

Our visual journey starts with Stille Waters(2014) at an ancestral place called Raaswater where Conradie collected some river clay from the (now dry and silent) Hartebees river, to explore questions of indigeneity, indigenous devastation, responsibility and loss. Conradie pours a mixture of red ochre and oil onto a layer or river clay, her ancestral soil, as a ritualised prayer for guidance.
(Stille Waters: 117x80cm: river clay, ochre and linseed oil on board) 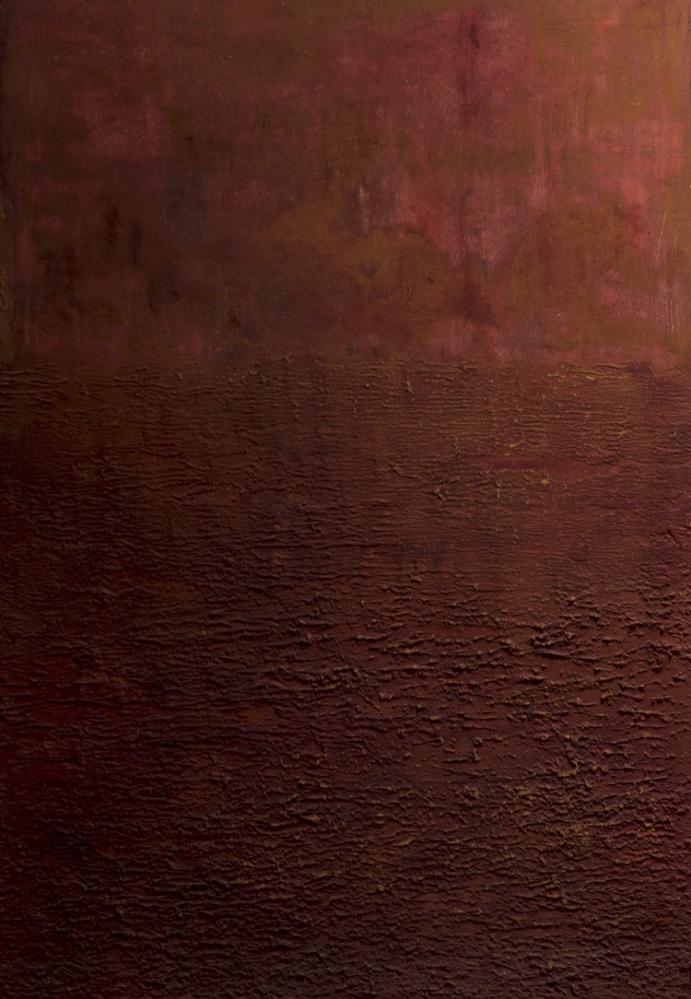 We move on to Aswater(2016) a portrait in ash of the healthy flowing Hartebees river painted from a photograph taken in 1950. Here Conradie uses transparent oil resin to paint the image followed by sifting ash over the sticky marks. Once it dries the surface is brushed to remove any loose ash particles that didn’t adhere to the canvas. This process is repeated several times until this watery memory comes to life.
(As Water: 70x45cm: ash, ochre and oil resin on canvas) 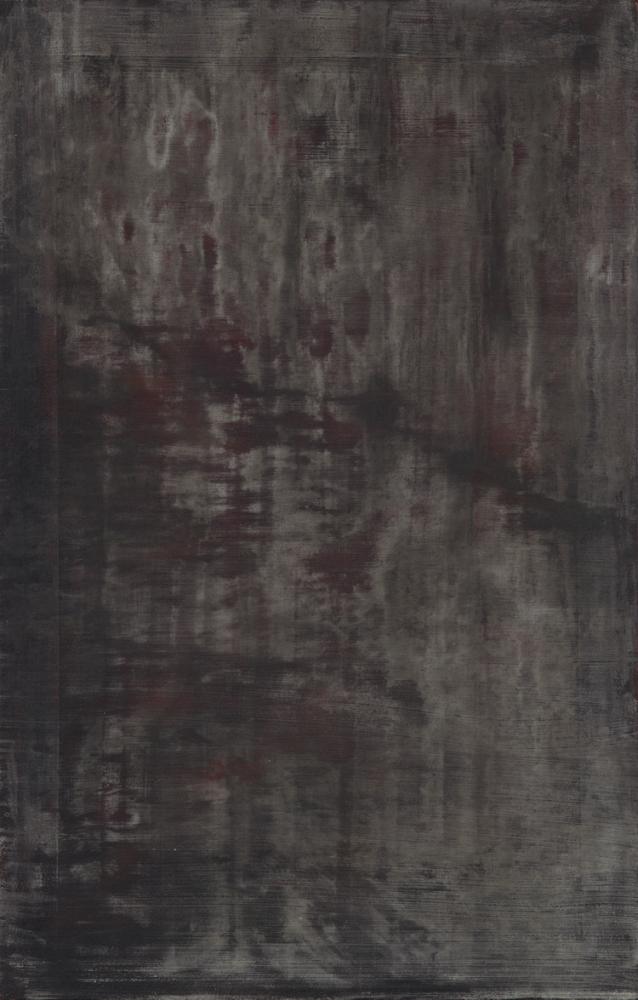 In 2017, Conradie created a series of paintings titled Of Water and Invoking. Here Conradie explores indigeneity further by mixing European culture and African soil. Claude Monet’s series of lily paintings become the images she tries to copy in a similar way as described above but this time with ochre from places in Southern Africa she has visited. The image and soil tussles until some resolution is found. The original painted resin image somehow holds the ochre in place. Over time the soil starts to develop a patina which recalls a sense of water. 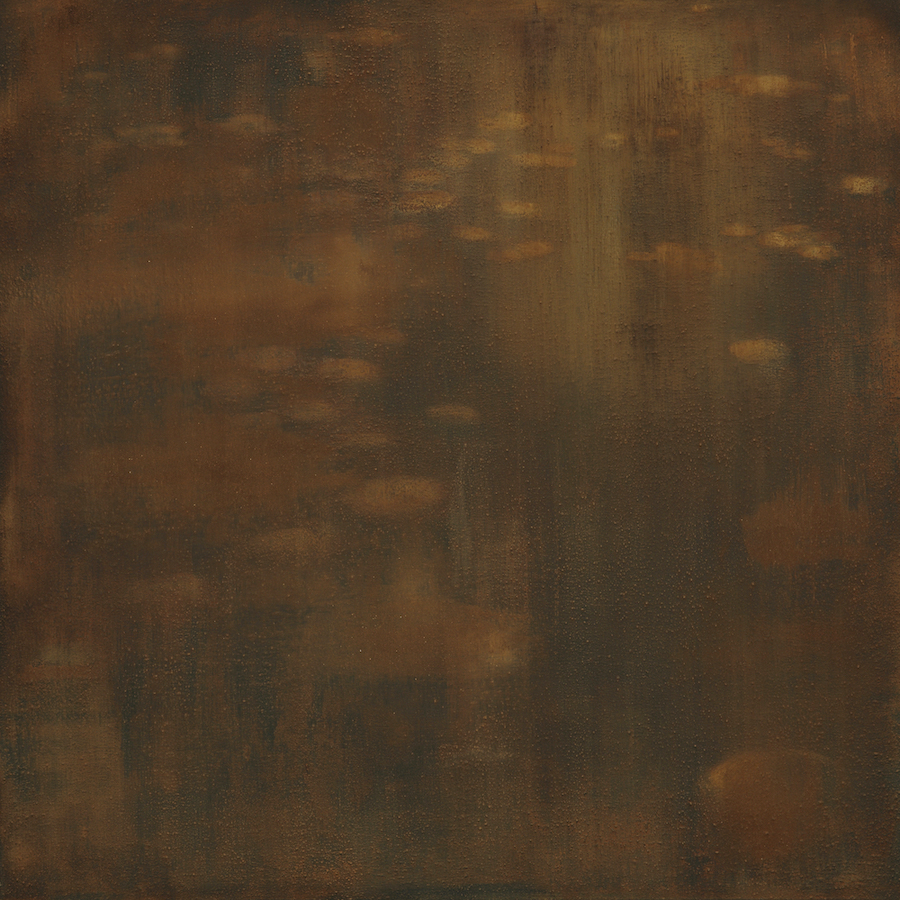 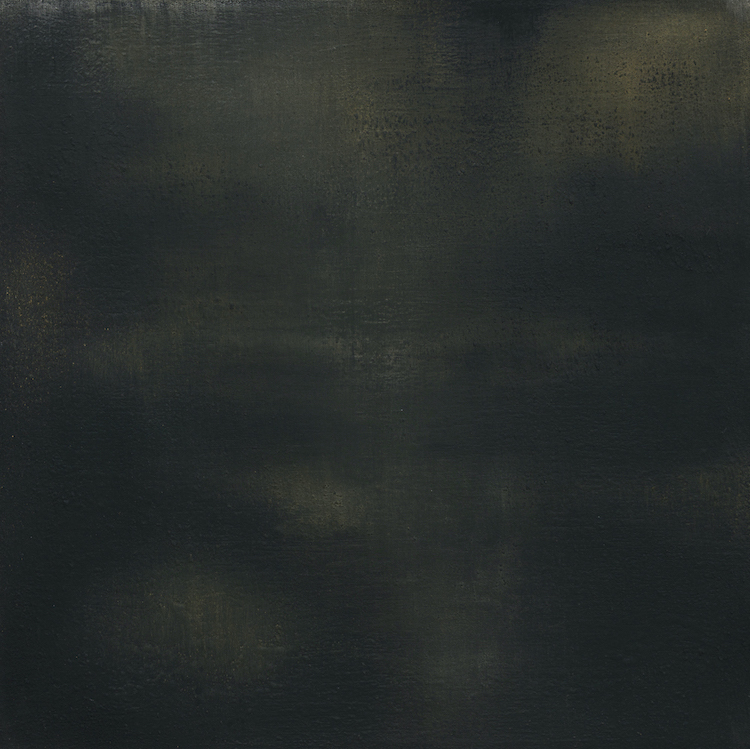 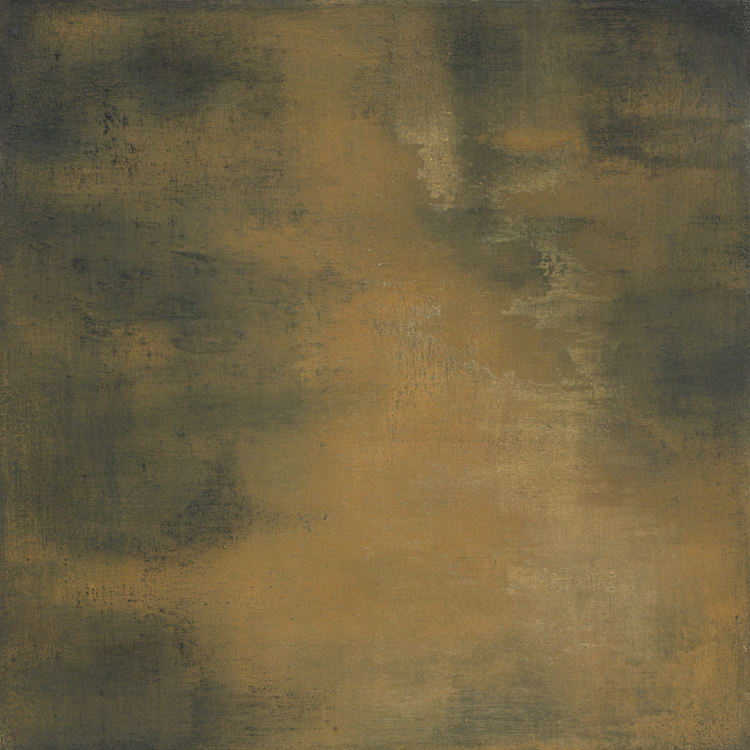 (Where Lilies once Where: 40x40cm: River clay, Table Mountain ochre and burnt plant material on canvas) 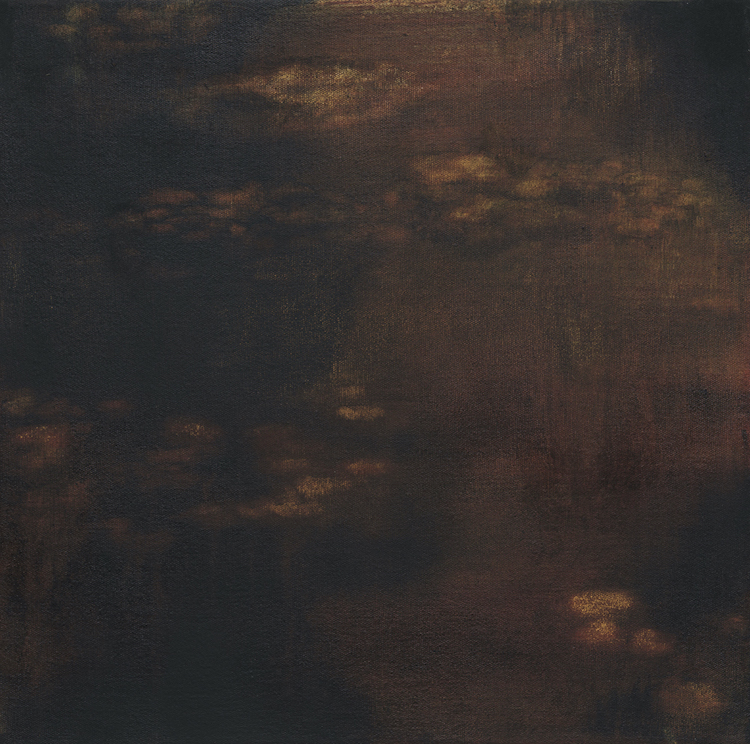 
In 2018, Conradie visited the River Dart, Devon, UK. The opportunity to immerse herself in the dark water of the Dart triggered a renewed need to work with the re-animation of her damaged ancestral river. Thus, was born Donker Stroom, a series of paintings on paper made with a prehistoric river clay originating in Devon. The title of the series is inspired by a poem written by Afrikaans poet, writer and medical doctor, Eugne Marais (1871-1936).
(Donker Stroom: 45x100cm: Black River Clay on Paper)

In 2019, Conradie travelled to the Tankwa Karoo to participate in an artist’s residency. The dry desolate desert had a profound impact on her life and her work.  Represented here is a piece painted in Tankwa Karoo ochre titled Winter Nag: a title inspired by the poem of the same title by Eugene Marais. The artist painted this as a memory after an all-night vigil in the middle of the desert.
(Winter Nag: 55x79cm: Tankwa Karoo Soil on 100% Hemp) 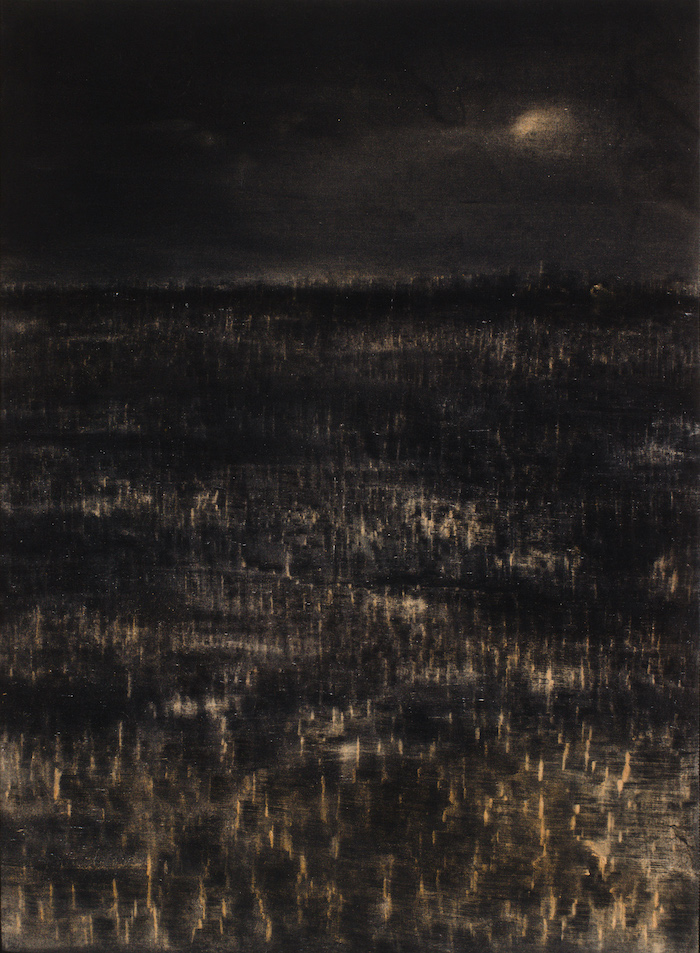 In 2020-21 Conradie challenged herself to producing 49 paintings in Soot Ink on paper, one a day for 49 days. Because of the restricted time each day, the works became progressively more minimal in their mark making. The works are derived from felt memories of landscapes she experienced. 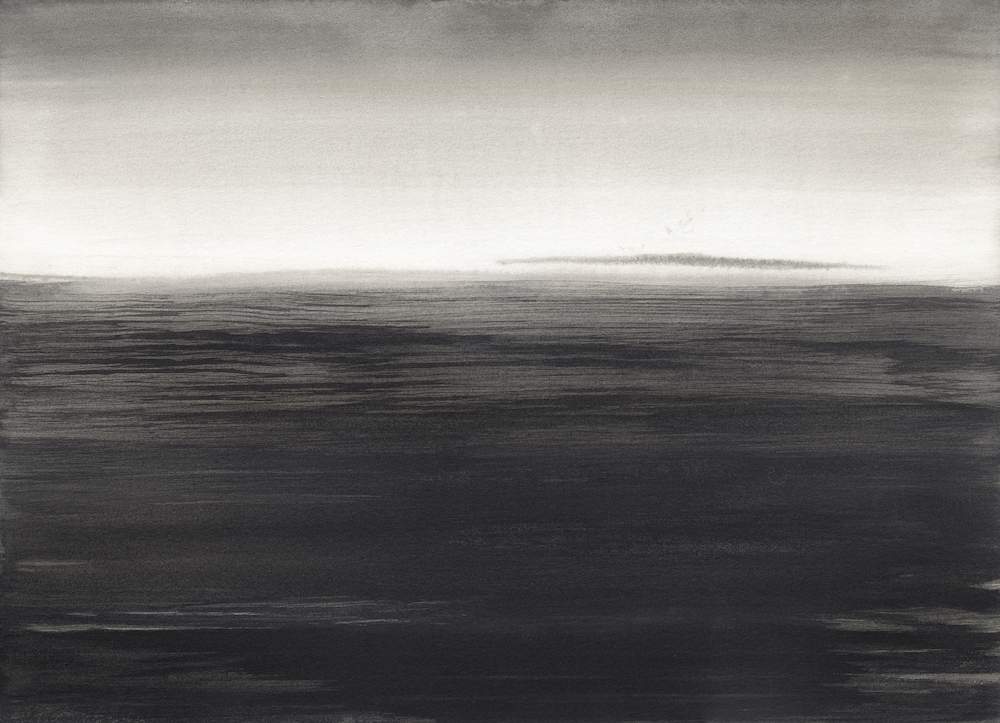 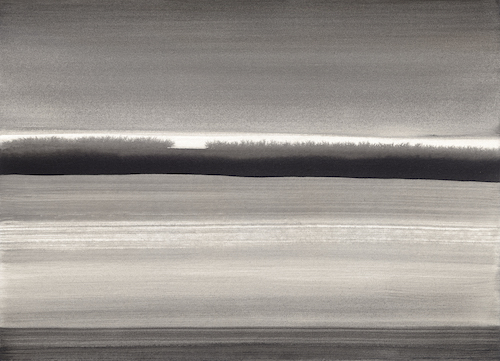